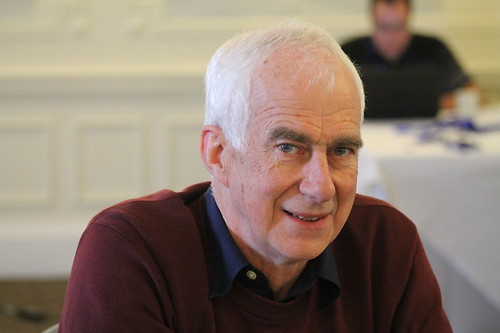 Following the 2016 ECF Consortium annual meeting in May 2016, participants in the project drafted short blog posts about different aspects of their work related to East Coast fever (ECF) vaccine development. This post was contributed by Ivan Morrison (University of Edinburgh).

CD8 T cells are a subset of immune cells that can recognise and kill pathogen-infected cells. Cattle immunised with live Theileria parva generate strong CD8 T cell responses, which have been shown to play a central role in immunity to East Coast fever. Parasite proteins recognised by the immune CD8 T cells have been identified and are being explored for vaccination. Cattle immunised with recombinant viral vectors expressing selected parasite proteins generate strong CD8 T cell responses but only a small proportion of them are protected against challenge with T. parva.  The functional properties of the CD8 T cells generated by vaccination differ from those of CD8 T cells induced by infection and treatment, suggesting that the viral vectors are not generating T cells with appropriate functional characteristics.

On the other hand, there is no definitive evidence that the particular antigens selected for these vaccine studies are capable of generating a protective response.  Antigen screening studies indicate that CD8 T cells from immune cattle recognise a large number of T. parva proteins, but whether or not CD8 T cells specific these proteins are all equally capable of mediating protection is not known. The lack of an antigen delivery system known to be capable of inducing protective CD8 T cell responses represents an obstacle to answering this important question.

A number of novel experimental antigen systems using other related parasites to deliver the proteins are being considered to resolve this issue, based on the idea that they will more closely mimic the pathways by which T. parva induces a CD8 T cell response. If successful, this would allow evaluation of the relative protective capability of different parasite proteins, thus removing this roadblock to development of a schizont-based vaccine.