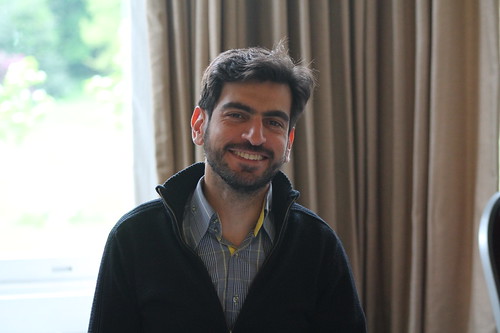 Following the 2016 ECF Consortium annual meeting in May 2016, participants in the project drafted short blog posts about different aspects of their work related to East Coast fever (ECF) vaccine development. This post was contributed by Frederic Fellouse (University of Toronto) and Lucilla Steinaa (ILRI).

The ECF consortium is aiming at producing a vaccine that would trigger both an antibody response and a T cell dependent response. Thanks to the whole genome sequence of Theileria parva and its annotation, we have short listed hundreds of antigen candidates, but the number of antigen candidate that can be tested in cattle is limited. How do we narrow down the list of candidates to a handful that can be studied rigorously in live experiments?

The analysis of the immune repertoire of the cows protected against East Coast fever is a promising way to identify the protective antibodies and derive antigen candidates for vaccine development. We are exploring an alternative approach by recapitulating the immune system of the cattle in vitro or in an alternate animal model. We are generating antibodies against the various antigen candidates and then testing these antibodies in vitro for their ability to block the parasite from infecting the host cells.

Artistic representation of several immunoglobulin molecules with the light and heavy chains of the antibodies coloured in blue and green, respectively. The antigen binding sites composed of the complementary determining loops are coloured in red. The model of the IgG molecule was built based on the protein databank ID 1IGT. Credit: Frederic Fellouse

One can argue that these methods are not entirely representative of the cow’s immune system, and that it would be better to directly study the cattle immune response directly. We argue contrarily that by recapitulating the immune system in vitro, we can discover antigen candidates that would not be detected by analyzing the immune response directly. Indeed, the pathogen and the vector of the pathogens have evolved mechanisms that block the production of antibodies against potent antigens: glycosylation, hyper-mutability, high serotype and strain homology, transiently accessible antigens. By carrying out the selection of antibodies outside the natural context, we can assess the inherent ability of an antigen candidate to produce a protective immune response. This antigen can then be delivered or presented to the final host immune system in ways to avoid the roadblock produced by the pathogen or vector.

Note:  The cow immune system is very unique as 30% of its antibodies carry an extremely long CDR-H3. With the synthetic antibody libraries, we are using libraries designed to recapitulate this unique feature of the cow’s antibody repertoire.