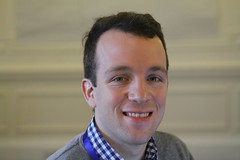 Following the 2016 ECF Consortium annual meeting in May 2016, participants in the project drafted short blog posts about different aspects of their work related to East Coast fever (ECF) vaccine development. This post was contributed by Kyle Tretina and Joanna Da Silva (University of Maryland).

The tick-transmitted apicomplexan parasite, Theileria parva, causes the most deadly disease of cattle in sub-Saharan Africa, with significant economic impact in endemic areas of eastern-central, and southern Africa. This disease is called East Coast fever (ECF). 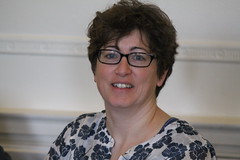 T. parva differs from all other parasites studied to date in some very unique and critical aspect of its biology: once it invades its host cells, bovine leukocytes, it causes cancer-like phenotypes that are believed to be important for disease pathogenesis, including increased cell proliferation and metastatic potential. The unique similarities between ECF and some cancers, and the vast trove of insights that have been learned over many years of cancer research, may be a profitable area of exploration in the quest to control East coast fever.

We now understand many of the host signaling pathways that are manipulated during T. parva infection, but the parasite molecules responsible for these changes remain elusive. The tools to control ECF include vaccination with live, non-attenuated parasites, under cover of antibiotic treatment to prevent disease, an approach with significant challenges. The front-line drug buparvaquone is also used to target the parasite mitochondria and is effective, but lessons learned from malaria warn that parasite resistance could potentially evolve quickly, making the drug less effective. Therefore, the long-term control of ECF requires the development of novel vaccines and drugs.

A recent review1, as well as current studies in the primary literature2,3, present examples of how cancer research can be used in the study of Theileria biology, suggesting that this might be a turning point that could revolutionize how T. parva infection is studied.