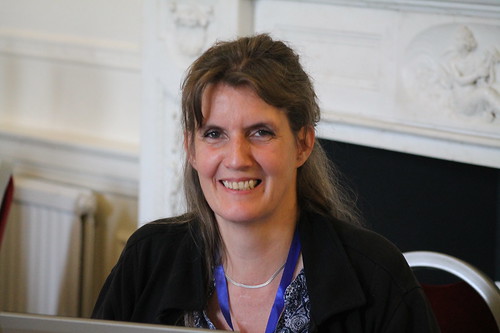 Following the 2016 ECF Consortium annual meeting in May 2016, participants in the project drafted short blog posts about different aspects of their work related to East Coast fever (ECF) vaccine development. This post was contributed by Lucilla Steinaa (ILRI).

The sporozoite stage of the parasite T. parva represents the first entity for infection in cattle lymphocytes leading to the devastating disease East Coast fever.

One of our strategies in the ECF Consortium is to target this stage of the sporozoite by improving the immune responses to the sporozoite antigen p67, which has shown to confer protection in previous experiments. We are about to test several nano-technologies for their ability to induce superior antibody responses, which can inhibit the infectivity of the sporozoite and eventually prevent disease.

One of the nano-technologies is developed Neil King and David Baker from Seattle University. They have developed a nano-particle based on self-assembling proteins fused to a vaccine candidate, which are composed of up to 120 antigens. The advantage of this approach compared to using single antigens is that the immune system reacts stronger to particles composed of many antigens than to single antigens. This is due to the cross linking of the antibodies which sit on the B cells leading to activation of the B cells.

Another of the nano-technologies, developed by Neena Mitter from University of Melbourne, is a solid particle with pores and cavities that gives a slow and constant release of the vaccine antigen. This has previously been used in mice and sheep where it improves and prolongs the immune response to the antigen.

The third nano-particle is based on HBV core self-assembling protein where p67c has been inserted in the “spike” part of the protein. This results in a particle of either 180 or 240 proteins. This particle has been produced by Ine De Goeyse and Dirk Geysen from Institute of Tropical Medicine, Antwerp who are part of the ECF Consortium.

Within the next months, ILRI will test these technologies side by side for induction of superior immunity in comparison with soluble antigen, which was used previously. We will compare the level of antibodies and their ability to neutralize the infectivity of the sporozoite. We are anticipating that we will get an enhancement of the antibody response that we eventually can combine with CTL antigens and achieve an even higher immune response.